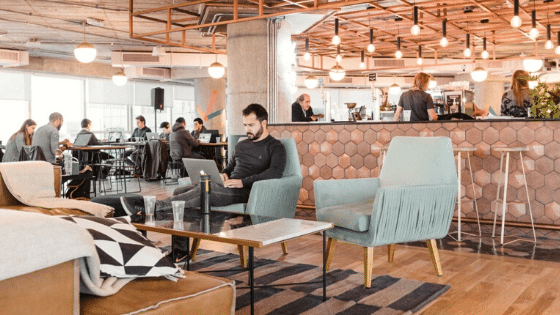 There are many people worldwide to do not understand the prevalence of co-working spaces and how much impact they have on the average business. If you’ve never considered just how much coworking is taking off, here are 5 amazing stats about coworking to consider:

Back in the year 2011, there were just over 1100 co-working spaces worldwide. The number has risen considerably to over 14,000 and the industry is continuing to grow even further throughout the year 2020.

Over 1 million people are working worldwide in co-working spaces and there is a greater demand for these spaces across the world each day.

Most Employees Recommend Any Co-working Space For Morale

89% of people working in co-working spaces rate themselves as being happier than they were in a traditional office or working from home. Around 83% of employees that switch over to a co-working space also suggest that they are far less lonely since they joined into a working environment.

It Leads to Collaboration

71% of businesses that enter into a co-working location begin collaborating with other members within just 12 months. The most common types of collaborations begin with small tasks and then there are non-contractual projects that take off after that.

Consider just how much impact a co-working space could have with your business based on the stats from these others!

This post was written by Tara Kintz. Tara is a director at Signature Workspace which is a workspace rental. Signature Workspace, owned and operated by Cantor Fund Management, offers services and amenities such as private offices, flex space, co-working space, virtual offices, meeting/conference rooms, and more.